The Ministry of Finance of the Russian Federation joined the discussion on the risks of a rapid fall in oil production in our country. On 4 February, Alexey Sazanov, the Head of the Department of Tax and Customs Tariff Policy, told the reporters that there was no information on possibility of these events in the project documents provided by Federal Agency on Subsoil Use and the Ministry of Natural Resources and the Environment. Therefore, incentive measures proposed by the Ministry of Energy require additional justification. The question, though, is what kind of profit it is possible to generate by increasing the oil recovery rate. Are there developments in Russia that could help us create breakthrough technologies?

Last year, Minister of Energy Alexander Novak informed that, if no stimulus measures taken, oil extraction in Russia will reach its peak in 2021 (570 million tons) only to start rapidly declining. In this case, oil production volumes will fall by 2035 to 310 million per year. Given that oil imports constitute a greater part of the federal budget, this statement is, at the very least, disturbing. 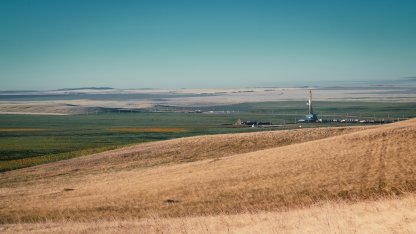 Industry experts also confirm it. After the fall of the Soviet Union, increase in hydrocarbon resource base in our country was rather caused by upward revaluations of old oil reserves. If we want to be sure in our future, it is important that we increase our efforts and consider performing oil exploration activities, as well as we need to boost the oil recovery rate. This basic condition is a prerequisite for maintaining economic growth.

Vladimir Litvinenko, the Principal of Saint-Petersburg Mining University, expressed a similar opinion, "Today, in Russia we are dealing with unacceptably low oil recovery efficiency. At the same time, if we manage to raise the rates by at least 1% on average, Russian state will face a possibility of receiving 23-25 billion dollars of additional income annually".

He argues that the required technologies already exist. It is possible to reach the higher rates, but there are no state regulatory mechanisms that would allow implementing these technologies. As a result, innovators have to make arrangements with subsoil users by themselves. Companies, in turn, are not always interested in such negotiations.

Scientists from the Mining University have been constantly seeking the ways to improve oil recovery efficiency. One of the possible solutions is improvement of tertiary recovery methods. An innovative technology has been provided by Alexandra Kuznetsova, an Assistant of the Department of Development of Oil and Gas Fields. Through the use of this technology, it is theoretically possible to increase oil extraction from low-permeability reservoirs by 4.2% at once. The project will be presented at the youth forum "Oil capital", which will be held in February in Khanty-Mansyisk.

As Alexandra Kuznetsova explains, "Previously, in Western Siberia hydrocarbons were extracted from those deposits, which were formed during the Cretaceous period. They were located at shallow depths and were well permeable. In other words, there was no need to incentivize the process of oil extraction. Unfortunately, those days are long gone, for now we are required to develop deposits of the Jurassic period. In connection with this, we need to introduce new methods that would increase efficiency of subsoil exploitation".

Oil field is a huge underground reservoir, which is limited by clay interlayers that keep hydrocarbons inside. The bigger part of oil basin is filled with geological materials, and mineral resources are found in interstices. The efficiency of production mostly depends on the amount of oil-filled interstices in the reservoir and on hydraulic permeability or, to put it differently, on the ability of a reservoir rock to conduct the flow of hydrocarbon fluids.

According to the representative of the Mining University, "A commonly used way to keep reservoir pressure at the required for oil inflow level is to pump water into reservoir through the use of injection wells. However, if fresh water is used, it might cause clay swelling. Porosity and permeability will be affected, consequently leading to reductions in oil recovery efficiency. For these reasons, subsoil users add specifically designed surfactant species into the water. They usually either prevent swelling or allow for reducing oil interfacial tension. We, in the Mining University, have produced a composition that allows solving both problems at the same time. Moreover, the concentration of an additive in the water is minimal".

A geological model of low-permeability reservoir was built by the scientists of the university, and, by using hydrodynamic simulation, it was determined that oil recovery rate, in case of applying new technology, increases by 4.2%. Alexandra Kuznetsova mentioned that it is currently impossible to say that technology implementation in practice will be as effective as theoretical research results imply. However, the very possibility of changing the properties of the shelf, underground storage pools included, opens up a possibility for the Russian state to replenish the government budget, as well as to ensure the growth of the mineral resources base.

Before changing his life drastically and moving to St. Petersburg, Jerson Martínez Parry, a student from Columbia, graduated from the Educational Corporation Indoamericana (Corporación Educativa Indoamericana) and the Institute of Languages and Culture named after Leo Tolstoy (Instituto Cultural León Tolstoy).
Society

The Desert Rose Might Be Not What You Think It Is

The distinctive feature of this stone is its ability to change both the appearance and shape. Throughout the centuries, it remains the most popular building material; it also helps to save human lives.
Environment

A Stone One Can Easily Slice to Pieces

Items made of this stone are a real treasure of Russia. One of the stone’s most amazing features is that anyone can carve a picture or statue of it with a standard kitchen knife. But to do that... one would have to move to Siberia and spend the rest of their lives learning the basics of craftsmanship.
Environment

Every citizen of Israel believes this stone is a country's national treasure. The mystery of stone formation is, however, unclear yet - completely identical minerals in nature do not exist; each sample is unique.
Environment

What Could Be the Use of UNESCO Summer Schools for an Engineering Student?

Scientists and researchers from St. Petersburg are seeking an answer to the question - where do competent in digital transformation engineers come from?
Society

A Stone to Protect from Radiation

This stone is the only mineral in the world that can practically entirely neutralize radiation. In order to recover from serious illnesses, many people are even ready to eat it.
Environment

A Stone of the Strategic Importance to the US

In its gorgeousness, this stone is no inferior to precious sapphires. However, only geniuses are capable of cutting it. In 1984, the U.S. Congress recognized deposits with it as “strategic” for the country. In Russia, its production to date is only in plans.
Environment

Only One Olympic Champion Through the Whole of the Country’s History. Why?

Quin Anh Do lived the first 12 years of her life in Yaroslavl. Right away after returning to her historical homeland, the girl began to dream of going back to Russia. What is the reason?

Engineering Training is One of the Priorities for UNESCO. Why?

The shortage of engineers is a global problem that has slowed down technological progress all over the world. There is a lack of high-qualified engineers in many countries - Russia, America, Australia, Canada, European countries. Low prestige of the profession and complexity of the educational system are, as cited by experts, the reasons why young people rarely choose an engineering career path.
Society

Professions That Will Be the Most Exposed to Human-Robot Competition

What an Indian student thinks about Russia

Ujaval Roy came from colorful Mumbai to severe St. Petersburg almost five years ago. According to the young man, this step was due to the fact that in India, foreign education is valued much higher than local. And knowledge of the Russian language can help build a career in the oil and gas industry virtually anywhere in the world.

Young scientists from St. Petersburg assessed the prospects of their scientific developments at Samotlor

The Khanty-Mansiysk Autonomous District is the main oil-producing region of Russia. In 2019, it provided 5% of world oil production, i.e., more than 236 million tons of black gold was extracted from its bowels. The total production of natural and associated petroleum gas amounted to 36.6 billion cubic meters. It is no surprise that this particular Subject of the Russian Federation was chosen as the venue for the third International Youth Scientific and Practical Conference named “The Oil Capital”. Its main site was set in Nizhnevartovsk.
Society

SPIEF is canceled. What are the chances of the SCO and BRICS summits?

The governor of St. Petersburg Alexander Beglov, following the Moscow authorities, banned mass events from March 16 to April 30, 2020. The relevant decree is published on the website of the city government. It provides for a ban on any gatherings of over a thousand people. This is stricter than in the capital. There the restrictive threshold is five thousand people. In addition, the document recommends that employers refrain from events involving foreigners.
Economics

Where in Africa one can get a European-level education

The Republic of South Africa still cannot recover from the ramifications of the 2008 economic crisis. The country has lost a million jobs created over the previous four years, while South Africa’s GDP shrank from 296.87 billion dollars to 294.9 billion dollars in 2011-2016. The main blow fell upon the mining industry.
Society

Chinese students are willing to come to St. Petersburg despite the coronavirus pandemic

The PRC, as before, plans to send a representative delegation to the City on the Neva to participate in the youth forum, which will be held as part of the BRICS summit in July. And what shall we do about the quarantine?
Society

A Must Have for the Ladies

There are opinions that this stone may cause cancer, but many girls who care about their appearance still use it every day. Why are they doing so? Because talc can turn an ugly girl into the glamour queen!
Environment

Why Chinese Students Come to Study to Russia

Chinese students are taking their chances on studying abroad. Why are they choosing Russia as a study destination?
Society

It has been over eight thousand years since this mineral became the world's most popular semi-precious stone. Although the stone is very short-lived, it is valued a lot more than gold. High-quality samples are very hard to find - 95% of items sold on the market are nothing but nice fakes.
Environment

14:02Will the educational system be able to cope with the challenge the coronavirus defied it?
Science and technics
Loading...

22:27If Heated It Kills
Environment
18:46The Stone You’d Better Not Touch
Environment
Loading...

20:39Dependance on Hydrocarbon Reserves: Is It a Curse or Blessing? Interview with Vladimir Litvinenko, Rector of St. Petersburg Mining University
Economics
Loading...

23:02Without This Stone, Rembrandt’s Paintings Would Have Never Seen the Light of the Day
Environment
Loading...