Russian Railways (RZD) and St. Petersburg Mining University are working together to implement a technology for managing wastewater residuals. The core of the technology is the heat treatment of sludge, after which it becomes an ingredient for making concrete products, such as flagstones, for instance. For now, these residuals end up in landfills, which incurs financial costs for a waste producer and also harms the environment.

There has been a common misperception – largely thanks to Western eco-activists who declared war on coal, oil, and natural gas, too – that preserving nature is confined to a net-zero target. However, the concept of nature conservation is much broader. It encompasses a raft of measures to develop and protect the biosphere sustainably, with the following amongst them:

RZD's environmental strategy up to 2030 comprises the plan of action on the above-listed and several other measures. It also sets forth the target indicators as to each of the areas of work. The company's primary focus will be on minimising the discharge of insufficiently treated wastewater and increasing the share of recycled waste.

"Many stations or depots, especially far from the big cities, are not connected to the centralised sewage system but equipped with in-house treatment facilities. They gradually produce sewage sludge, a class IV waste material that has to be disposed of or buried in specially designated landfills. Whilst the first option entails certain costs, the second one, in contrast, can be profitable. We have already field-tested our technology, and it enables its users to recycle 100% of the sludge and turn this raw material into a marketable product," says Denis Suchkov, a graduate student in the Department of Geoecology at Mining University.

The new method incorporates two stages. First, the waste goes to an incinerator, a powerful furnace equipped with burners that raise the temperature inside its primary chamber to 800-1200 degrees and burn the sludge to ashes. Then the flue gases produced during this process enter the secondary combustion chamber, where they get treated and cleaned from harmful impurities. As a result, the number of pollutants dispersed into the atmosphere significantly decreases.

This solution is by no means revolutionary. Different companies and enterprises are using it to reduce the amount of their non-metallic waste, including, for example, MSW or animal by-products. The point is that incinerated ash takes about ten times less space than the original material, making it much cheaper to landfill. Representatives of Mining University consider this technology as being transitional, though.

"We have obtained a patent for the development of lightweight concrete. Part of the cement that goes into concrete production is replaced with the ash produced by burning wastewater residuals and other waste materials. It does not affect the product's strength, as production testing confirms. Based on its characteristics, the concrete is of no use in residential construction but is perfect for building amenities — flags, kerbs, gutters, and other products," notes Yury Smirnov, associate professor of the Department of Geoecology.

The university's research team presented their development – potentially allowing to recycle 100% of sewage sludge – to RZD at the first meeting of the project office. The company set up the latter to ensure the implementation of its environmental strategy at the Oktyabrskaya Railway. Russian Railways' executives warmly welcomed the breakthrough solution delivered by the scientists and thereupon decided to establish joint working groups to put this idea into practice.

The Oktyabrskaya Railway will shortly provide Mining University with samples of the sludge from its wastewater treatment plants. The researchers will then conduct laboratory tests to confirm that the material is suitable for manufacturing lightweight concrete. After completing the studies, which may take up to several months, it will become possible to develop the technology commercially. 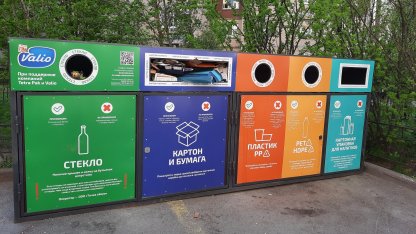 Sewage sludge treatment is not the only joint initiative of Mining University and the Oktyabrskaya Railway to reduce the burden on the environment. There is also a way to utilise the technology to recycle wooden sleepers treated with creosote or other antiseptic agents. They fall under the class II definition of hazardous waste and emit toxic substances when incinerated.

This was made possible by the DAAD and Erasmus+ International Programs.
Society

He Who “Could See Through Earth”

Once Ivan Gubkin, a Soviet petroleum geologist, was asked about his work before 1917, and he replied by saying that he "was increasing Russia's petroleum wealth". This ambitiousness was quite common amongst Mining University graduates, which is better understood if considering the historical context.
Society

According to HeadHunter, the most in-demand specialists graduating from universities in 2021 were engineering and technical personnel. Of course, not all of those are in the same degree. What professions and why are quoted higher than others in the labour market?
Society

He Who Lived When Russia Owned America

When merchant and trader Alexander Baranov accepted the offer to become the first governor of Russian America, he probably had no idea what he would end up doing. Fighting fierce wars with Alaska Natives, establishing Fort Ross in California, copper smelter in Alaska, and improving trade links with Hawaii — that is what followed.
Society

Andrey Rudskoy on Scholarly Traditions at Polytechnic University and Their Continuation

Andrey Rudskoy talks about the institution's efforts to motivate researchers – most notably amongst the youth – to participate in scientific work.
Science and technics

On How to Win the Leaders of Russia Contest

A fifth-year student of St. Petersburg Mining University became the best among 15 thousand students in the project of the Presidential platform “Russia - the country of possibilities.”
Society

University of Belgrade Rector: Serbian Youth Wakes up to Benefits of Studying Russian

A preliminary agreement on establishing the Centre for Studying Russian Language and Science was made at the working meeting of Vladimir Litvinenko and Ivanka Popović, rectors of St. Petersburg Mining University and the University of Belgrade. The Centre will be set up in one of the faculties of the Serbia-based university. In an interview for Forpost Press, Ivanka Popović, Rector of the University of Belgrade, told about the prospects the new Centre would open up for Serbian students, along with the functions it may serve.
Society

According to the Ministry of Energy of the Russian Federation, the average depth of oil refining in Russia has reached 84% – much less than in post-industrial countries.
Energetics

Anatoly Chubais, ex-head of RUSNANO, made a new statement concerning the future of hydrogen, the lightest chemical element.
Energetics

Bribes Paid in Copper Were Once Customary in Russia

Two hundred years ago, the gold fever took Russia by storm. Hereditary nobility, merchant adventurers, ordinary people — everyone was leaving their settlements, abandoning their routine life, and heading straight to Siberia. These events followed the Senate edict allowing to freely look for and mine precious metals.
Environment

Traditionally, the freshmen’s meeting was held on Lieutenant Schmidt Embankment, in front of the front entrance to Russia’s oldest technical university.
Society

On Why Lunokhod Designer Went Into Creating Military-Designed Hovercraft

For many years, he, who can be rightly called the "father" of space robotics, was left unknown, as his name was kept classified. The creator of the first-ever lunar rover, the Mars lander vehicle, and author of numerous unique inventions — he became known only with the fall of the USSR. There is even an asteroid that was named after him.

Every last Sunday in August, Russia celebrates Miner’s Day. How has the advent of the digital age affected the earnings, working conditions, and prospects of the riskiest profession in mining?

He Who Invented First Grenade Launcher

The first AGL was created in the 1930s by a young designer who had not even graduated from university. The cruel irony is that in 1941, he was accused of plotting the production of technically unfinished and unsatisfactory weapons systems and was executed by shooting. And in 1967, the US Navy kick-started the production of an analogous weapon, which is still exported to dozens of countries.
Society

Metal That Costs More Than Gold

Some 500 years ago, Spanish conquistadors led by Francisco Pizarro captured the last Incan emperor Atahualpa. Although a ransom for Atahualpa's release was paid with gold, the emperor was still executed. Soon the conquest of Peru was completed; the indigenous people kept fighting off for a few more decades, but the Spanish had firearms in their hands. This drew a final line under the invasion of the country.
Environment

Tyumen Oblast is one of Russia's leading regions in developing new industries and competencies, with a primary focus being on graduating specialists for the oil & gas sector. It can be said that the entire federal subject depends on it.
Society