Representatives of St. Petersburg Mining University and Oktyabrskaya Railway discussed the prospects of cooperation in the sphere of recycling of unfit for further use wooden sleepers. It is planned to use them as a raw material for the production of electricity or such marketable goods as methanol, ammonia, and hydrogen. However, this will only become a reality if the parties are convinced of the economic efficiency of the technology.

Even though reinforced concrete structures are used in the construction or reconstruction of the vast majority of modern tracks, they can be laid not everywhere. For example, they deteriorate quickly and become unusable in the polar climate. This means that the extremely urgent task of speeding up the process of recycling good old wooden sleepers will remain so for many years to come.

The thing is that it is extremely undesirable to burn them as ordinary firewood - it is dangerous for the environment and for the health of those who get into the area where the products of combustion spread. After all, various oils, antiseptics, or creosote, with which sleepers are impregnated, getting into the fire, release many toxic substances. Taking into account that in different years from 2 to 7 million cross ties with the length of 270 centimetres were out of use on Russian railroads, it is certainly unacceptable to allow such a development.

What happens to the outdated rail supports in this case? There are two most common options: burial in specially designated landfills or storage in open areas, where used wood waits for the introduction of methods that can provide its relatively inexpensive and harmless to nature recycling.

If someone thinks that we are talking about some kind of "space" technology, it is not true. Sleepers, for example, after being crushed, can be burned in an incinerator - a powerful furnace equipped with burners that raise the temperature in the main chamber up to 800-1200 degrees and turn the furnace contents into ashes. The gases released during this process enter the second compartment, the afterburning chamber, where they are processed and lose harmful impurities. This, of course, significantly reduces the scale of pollutant emissions into the environment. Then you have a choice: either to take the waste remaining after cremation (and it is about 10 times less than the original volume of recyclable materials) to special sites or to make lightweight concrete for making paving slabs and other landscaping elements

“Another effective way of utilization is gasification, i.e. thermal decomposition without oxygen access, in the process of which synthesis gas is produced. It can be used to produce electricity in combined-cycle plants (for example, in combination with methane - ed.) or as an intermediate for making various chemicals: methanol, ammonia, or synthetic fuels. Considering that Russian Railways is implementing a hydrogen fuel cell train project, hydrogen production may become more relevant. There are enough options, and now we are working to understand which of them will be the most cost-effective in this particular case. The fact is that any carbon-containing raw material can be used for gasification. Most often coal is used, but it can also be petroleum coke, peat, biomass, wood. Depending on the resource and technology used, the ratio of components in the synthesis gas varies greatly. That is why the effectiveness of gasification of sleepers needs to be studied further,” explained Ilya Beloglazov, associate professor of the department of technological processes and productions at St. Petersburg Mining University.

The technology is not new, of course. It was invented a hundred years ago by German scientists Franz Fischer and Hans Tropsch. It was their scientific work that allowed oil-poor Germany to obtain liquid fuel from coal, set up its production on an industrial scale, and thus lay the groundwork for the attack by Hitler’s army on Europe and then on the Soviet Union.

Several similar plants are operating in China today. One of them belongs to the Jincheng Anthracite Coal Mining Corporation and is located in Shanxi Province. Its capacity is 2,600 barrels per day. The Finns have considerably transformed the Fischer-Tropsch process and built a peat gasification unit in Oulu (this enterprise produces 300 tons of ammonia daily). Nevertheless, the essence of the method remains the same - synthesis gas is produced from carbon-containing raw materials, and from it, the product demanded by the market, in this case - NH3. By-products of the process are no less important. For example, the slag from the gas generator can be used as a construction material and the fly ash as a feedstock for the cement industry.

“Scientists of St. Petersburg Mining University are engaged in research in the field of coal gasification together with their colleagues from Freiberg Mining Academy (FRG), where an appropriate pilot plant has been built. In the course of scientific experiments, we calculated the approximate cost price of a number of products obtained from both high-ash and low-ash Russian coal. To date, methanol production is the most economically efficient. If we talk about the prospects of cooperation with Oktyabrskaya Railway, they will depend on the results of our further research. Now at the department of automation of technological processes and production together with the center of ‘Digital Technologies,’ we are engaged in computer modeling of the technological cycle to calculate its profitability, as well as the search for a polygon, where semi-industrial tests will be carried out. It is clear that our task is primarily to minimize environmental damage, but business is also interested in zeroing economic losses, and ideally - making a profit from environmental activities,” said Ilya Beloglazov.

In addition, he noted that during the preliminary negotiations with the railway authorities they had discussed the possibility of building mobile pyrolysis units. Such units could be delivered directly to the places where the railroad tracks are reconstructed or the old sleepers are stocked, which would save a lot on logistics. Theoretically, the creation of such mini-factories is quite a realistic task, but the implementation of this idea in practice also requires serious preliminary analysis. 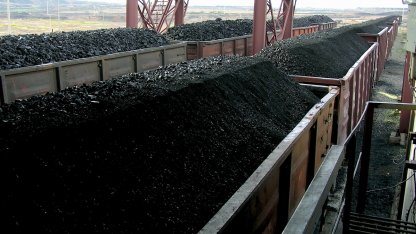 This was made possible by the DAAD and Erasmus+ International Programs.
Society

He Who “Could See Through Earth”

Once Ivan Gubkin, a Soviet petroleum geologist, was asked about his work before 1917, and he replied by saying that he "was increasing Russia's petroleum wealth". This ambitiousness was quite common amongst Mining University graduates, which is better understood if considering the historical context.
Society

According to HeadHunter, the most in-demand specialists graduating from universities in 2021 were engineering and technical personnel. Of course, not all of those are in the same degree. What professions and why are quoted higher than others in the labour market?
Society

He Who Lived When Russia Owned America

When merchant and trader Alexander Baranov accepted the offer to become the first governor of Russian America, he probably had no idea what he would end up doing. Fighting fierce wars with Alaska Natives, establishing Fort Ross in California, copper smelter in Alaska, and improving trade links with Hawaii — that is what followed.
Society

Andrey Rudskoy on Scholarly Traditions at Polytechnic University and Their Continuation

Andrey Rudskoy talks about the institution's efforts to motivate researchers – most notably amongst the youth – to participate in scientific work.
Science and technics

On How to Win the Leaders of Russia Contest

A fifth-year student of St. Petersburg Mining University became the best among 15 thousand students in the project of the Presidential platform “Russia - the country of possibilities.”
Society

University of Belgrade Rector: Serbian Youth Wakes up to Benefits of Studying Russian

A preliminary agreement on establishing the Centre for Studying Russian Language and Science was made at the working meeting of Vladimir Litvinenko and Ivanka Popović, rectors of St. Petersburg Mining University and the University of Belgrade. The Centre will be set up in one of the faculties of the Serbia-based university. In an interview for Forpost Press, Ivanka Popović, Rector of the University of Belgrade, told about the prospects the new Centre would open up for Serbian students, along with the functions it may serve.
Society

According to the Ministry of Energy of the Russian Federation, the average depth of oil refining in Russia has reached 84% – much less than in post-industrial countries.
Energetics

Anatoly Chubais, ex-head of RUSNANO, made a new statement concerning the future of hydrogen, the lightest chemical element.
Energetics

Bribes Paid in Copper Were Once Customary in Russia

Two hundred years ago, the gold fever took Russia by storm. Hereditary nobility, merchant adventurers, ordinary people — everyone was leaving their settlements, abandoning their routine life, and heading straight to Siberia. These events followed the Senate edict allowing to freely look for and mine precious metals.
Environment

Traditionally, the freshmen’s meeting was held on Lieutenant Schmidt Embankment, in front of the front entrance to Russia’s oldest technical university.
Society

On Why Lunokhod Designer Went Into Creating Military-Designed Hovercraft

For many years, he, who can be rightly called the "father" of space robotics, was left unknown, as his name was kept classified. The creator of the first-ever lunar rover, the Mars lander vehicle, and author of numerous unique inventions — he became known only with the fall of the USSR. There is even an asteroid that was named after him.

Every last Sunday in August, Russia celebrates Miner’s Day. How has the advent of the digital age affected the earnings, working conditions, and prospects of the riskiest profession in mining?

He Who Invented First Grenade Launcher

The first AGL was created in the 1930s by a young designer who had not even graduated from university. The cruel irony is that in 1941, he was accused of plotting the production of technically unfinished and unsatisfactory weapons systems and was executed by shooting. And in 1967, the US Navy kick-started the production of an analogous weapon, which is still exported to dozens of countries.
Society

Metal That Costs More Than Gold

Some 500 years ago, Spanish conquistadors led by Francisco Pizarro captured the last Incan emperor Atahualpa. Although a ransom for Atahualpa's release was paid with gold, the emperor was still executed. Soon the conquest of Peru was completed; the indigenous people kept fighting off for a few more decades, but the Spanish had firearms in their hands. This drew a final line under the invasion of the country.
Environment

Tyumen Oblast is one of Russia's leading regions in developing new industries and competencies, with a primary focus being on graduating specialists for the oil & gas sector. It can be said that the entire federal subject depends on it.
Society